by Kelly McNally
Extensions and Renovations

The original cottage was a pilot’s house, positioned to guide sea craft in and out of Felixstowe harbour. Essentially the existing house was a small two up two down with a 1960s extension added later to provide a kitchen and shower room – facilities evidently not part of the original dwelling. The home stands between and links a golf course with the sea, and has good sized front and back gardens.

The re-organization of the cottage, replacement of the ‘plastic’ conservatory and addition of a small study formed the basis of the transformation.  The conservatory was replaced with a timber framed structure which expresses itself clearly between the glass and solid ceiling above.

The only strictly ‘new’ accommodation is the addition of a timber box which forms a small office linked to the stair/dining hall. Positioned to look out to sea with a low horizontal window, the room is clad both externally and internally in timber, making reference to the beach huts on the nearby seafront.

The main bedroom was transformed by removing the low ceiling and exposing the rafters. The axis set up by the church–like pitched ceiling reinforced by the double doors leading to a balcony looking out to sea.

The bathroom was relocated upstairs in place of the second bedroom, the ceiling of which was steeply sloping and required a dormer to be added, with views of the golf course and Deben River beyond. 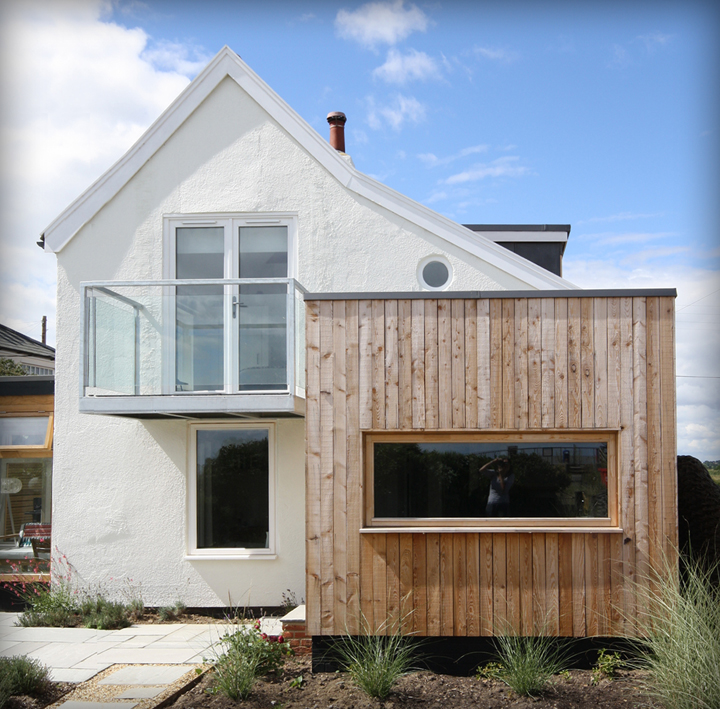 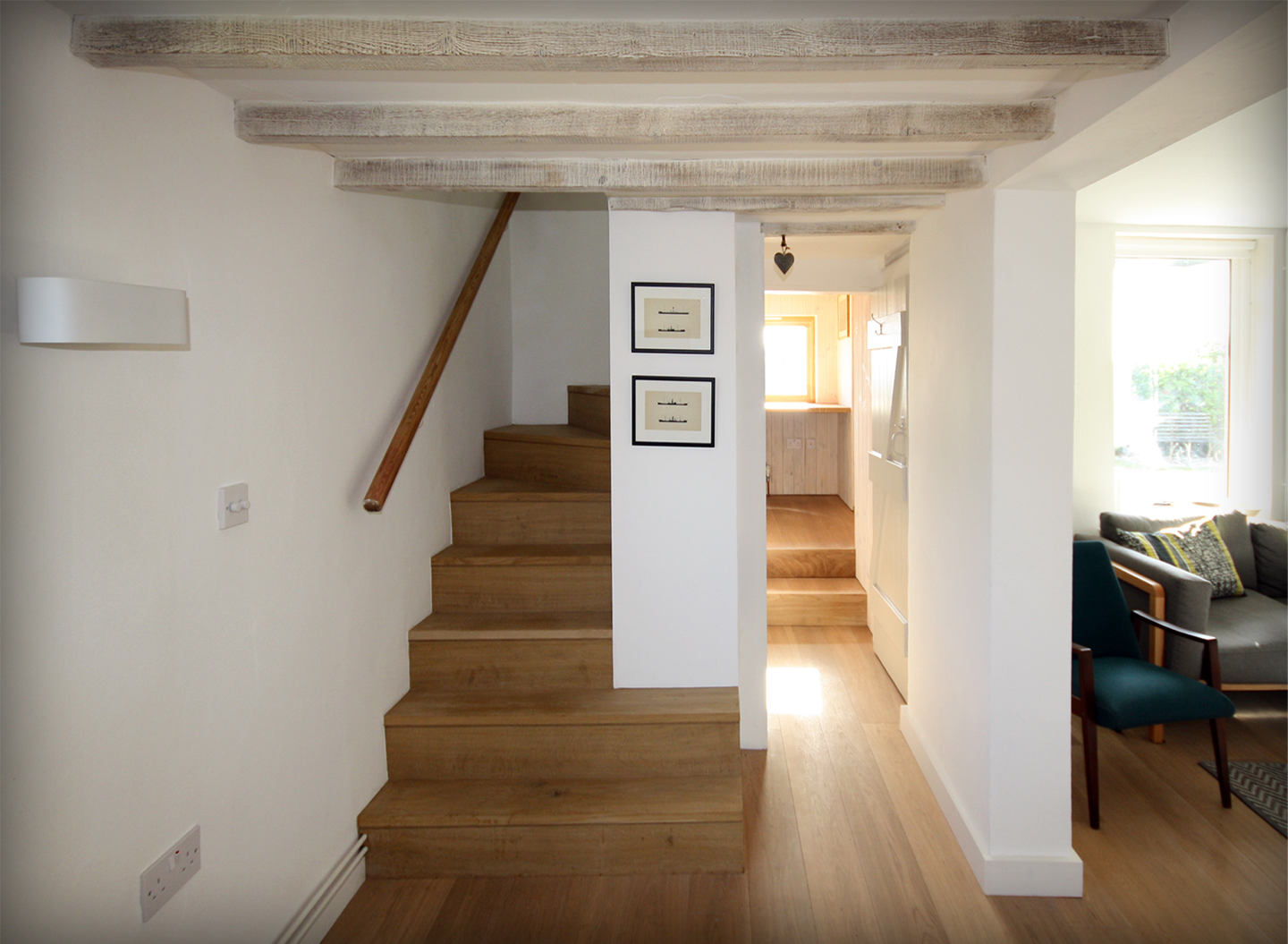 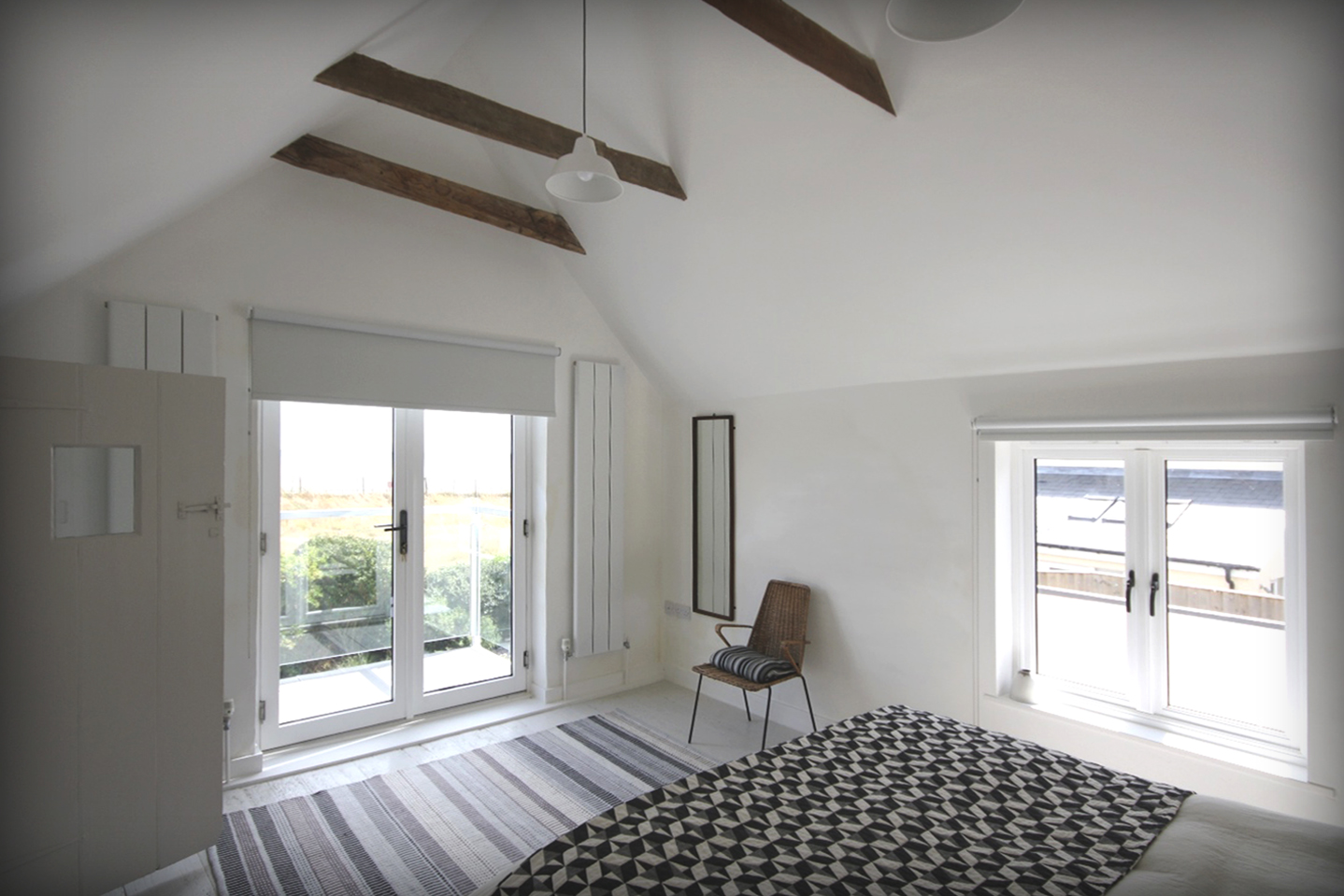 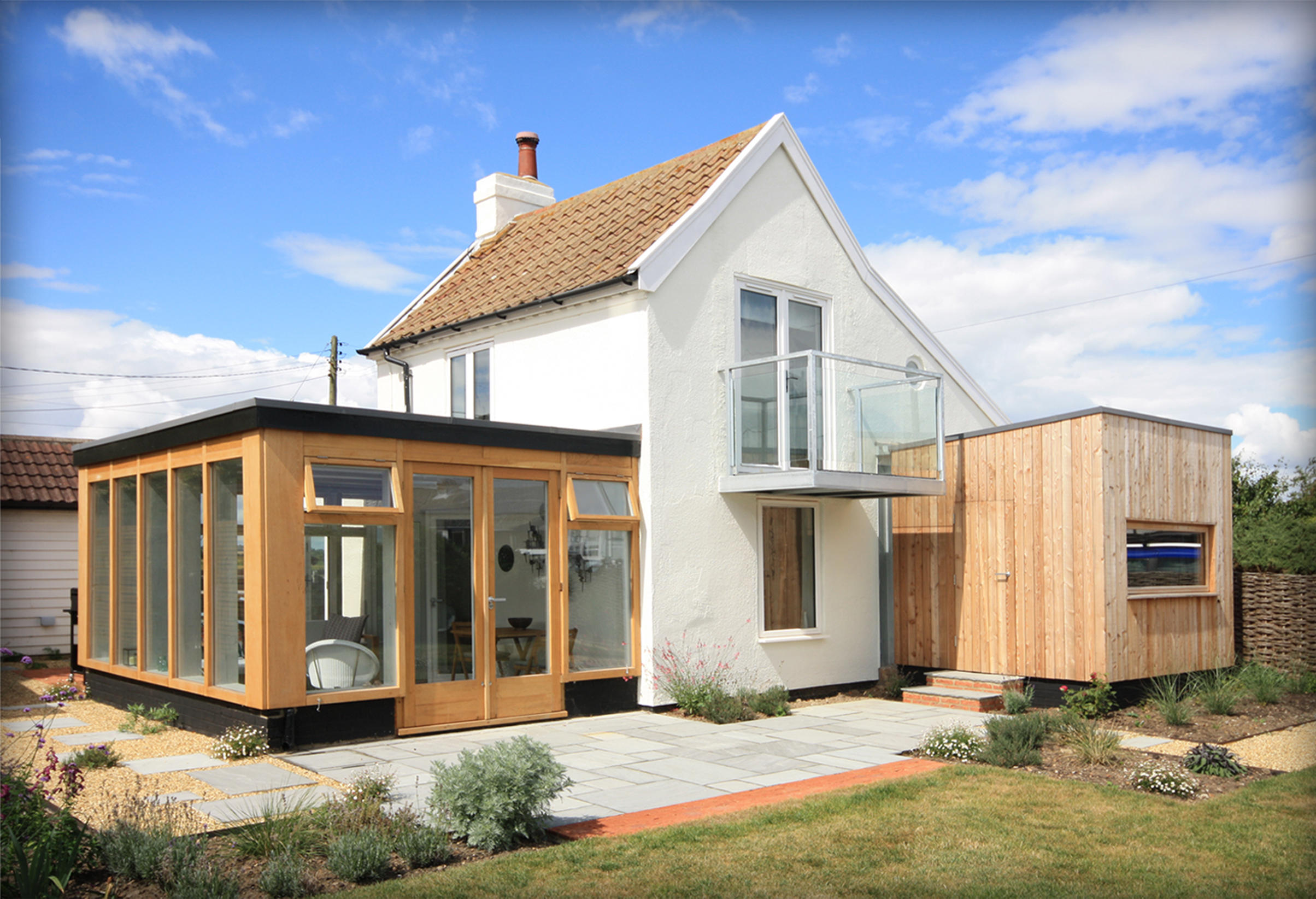 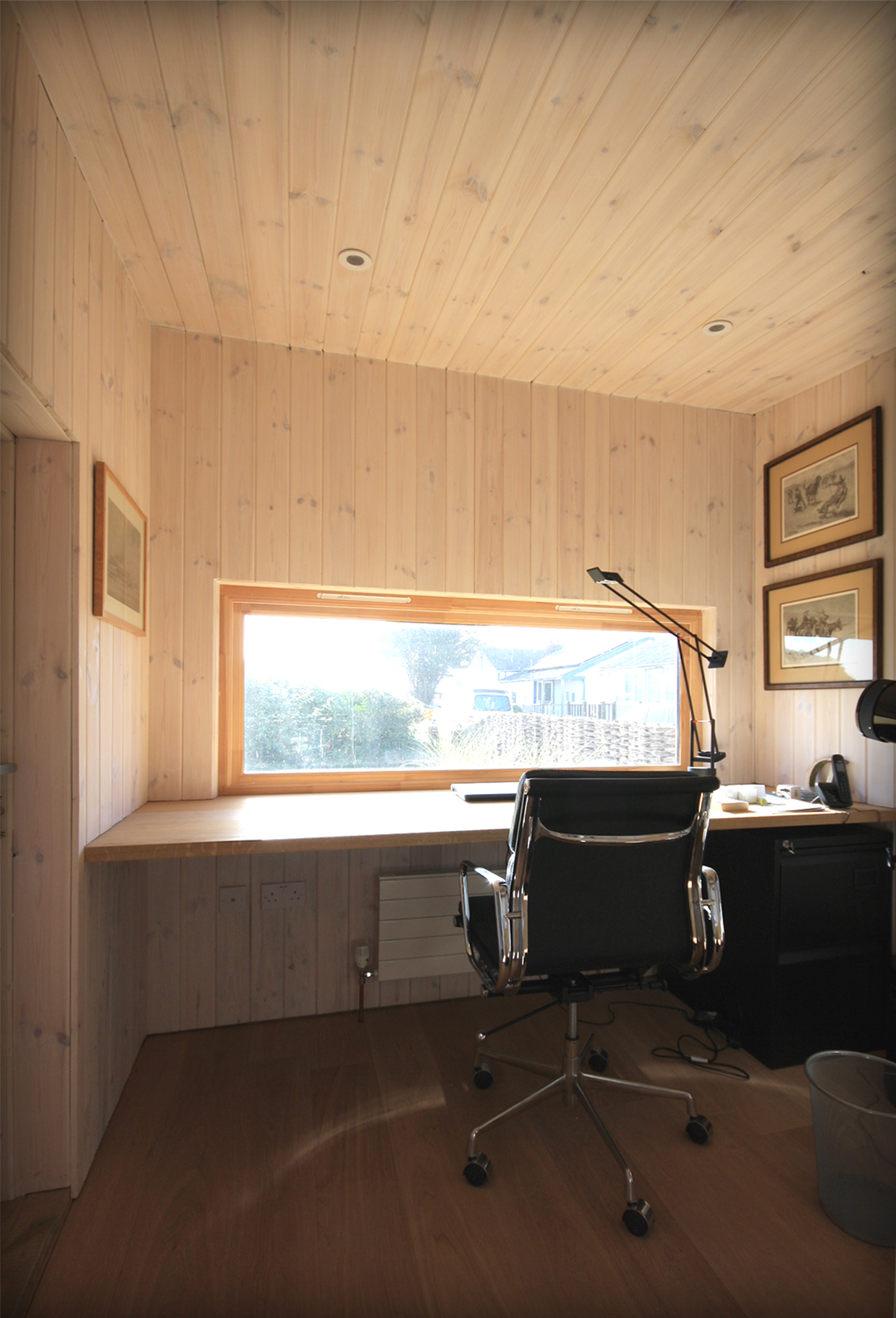 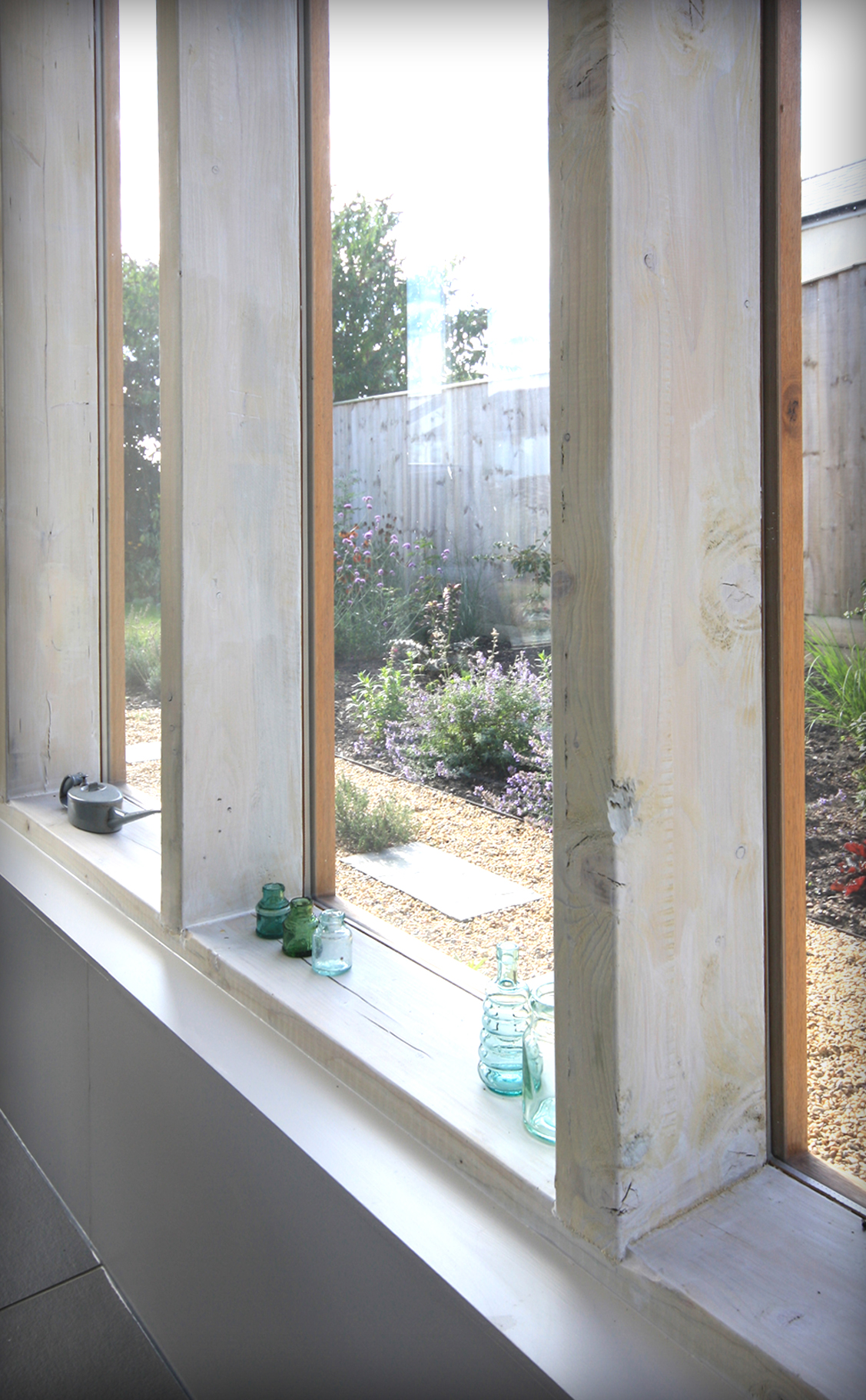